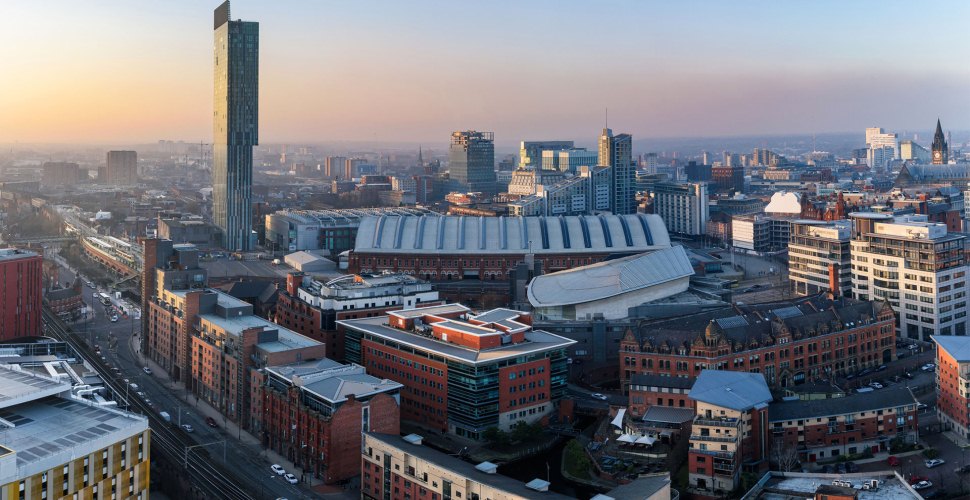 Manchester boasts a population of 452 000 and has been a city since 1853. in a poll of british business leaders in 2006, the city was found to be the best place in britain to establish a business. in addition to this, Manchester held the 2002 commonwealth games, and has several other connections to sport, including the city being home to Manchester united.

Manchester was the world’s first industrialised city and it was at the centre of the industrial revolution. Indeed, it was the international centre of textile manufacture and cotton-spinning during this time. as a result, it acquired the nickname Cottonopolis during the nineteeth century due to its many cotton mills.

Due to its impressive network of canals and nineteeth century mills, Manchester City Centre is now on a proposed list of unesco world heritage sites. However, a number of these mills have now been converted into flats and offices.

These days, Manchester has remained really proud of its industrial history. Despite this, it has become a thriving, modern city that is widely regarded as the capital of the north west.

There’s loads of stuff to do in Manchester. From pretty greenery to educational museums, you can’t feel bored in this city.

One of the best museums in Manchester is URBIS, which is the museum of urban life. The museum has many permanent collections, as well as frequent touring exhibits. Recent exhibits have been on gardening and fashion designer matthew williamson.

Manchester is well known for its wonderful opportunities for shopping, which cater to every taste. Indeed, you will find everything in the city, from high-end designer shops such as harvey nicks to high street retailers such as new look & HMV.

If you would rather go alternative shopping, you will not be disappointed either. In fact, the city boasts a handful of exciting record stores, vintage clothes shops & other quirky retailers in the northern quarter.

Manchester is renowned for its nightlife, so it’s only right that you try it. Whether you like sipping on a glass of wine or going to a gig, we are sure that you’ll find some great stuff to do in this fun city.

Manchester is associated with music and a number of renowned bands hail from the city, including the courteeners, Badly Drawn Boy and the smiths. If you want to catch the next big thing, you’ll find many live music venues in the city.

For a more vip night out, you could visit one of the city’s vip bars instead. Here you’ll be able to mix with an refined crowd and have some high-quality cocktails.

Thank you for browsing our tourist guide to Manchester. For additional info, please go and see your nearest tourist info centre, who will be happy to assist you.