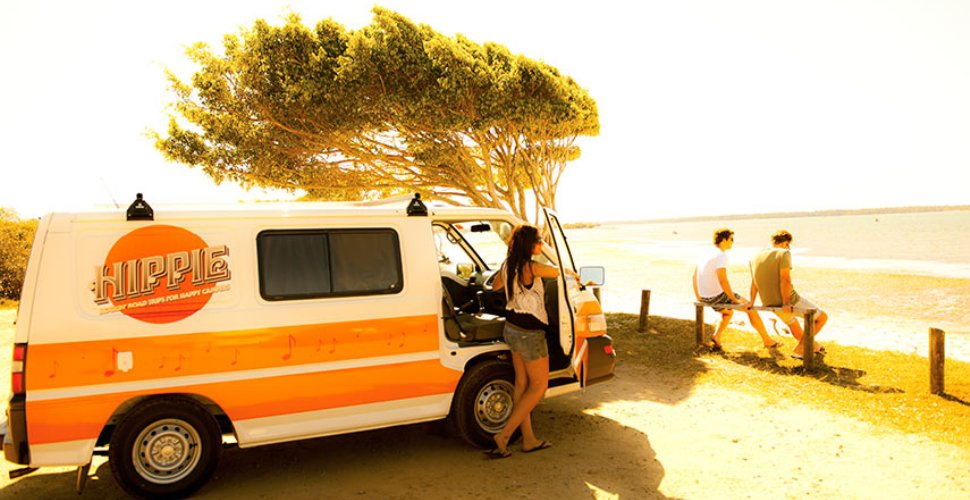 Victoria is Australia’s smallest mainland state, but there is a lot of things to see and do packed into the area. The state was originally inhabited by the aboriginal people collectively known as the Koori, and European colonisation began in the 18th century. It became a separate colony in 1851, and part of the Commonwealth of Australia when it formed in 1901. Also in 1851, gold was discovered in several parts of Victoria and the Gold Rush began! In 1851-1860 the state produced – of the world’s gold output. This drew people from all over the world to the bottom of Australia, and now Victoria and especially its capital are very multicultural.

When it comes to road trips, the Great Ocean Road is Victoria’s greatest attraction. This scenic route is very well known and the perfect route for a motorhome trip- pull over, make a coffee and enjoy the stunning coastline! It starts in Torquay, just outside of Melbourne, and ends in Warrnambool. Along the way you will find some lovely, friendly coastal towns, the amazing Twelve Apostles rock formation, national parks and the shipwreck at Loch Ard. The road is 243 kilometres long, so you can do it in one day or stop somewhere for the night and take the time to enjoy it. There are holiday parks in the towns like Apollo Bay, and also camping areas in the national parks.

Melbourne is the state’s capital and biggest city, so is a good place to begin or end your motorhome trip. There are plenty of campsites and holiday parks around the city to use as a base to explore, and the system of trams, trains and buses should make it easy to get into the city centre and around. The city is known as a cultural capital, with plenty to do and see, and great walks along the riverbank!

The eastern corner of the state is for the nature lovers, home to several National Parks both coastal and inland. Inland, Errinundra National Park and Snowy River National Park are home to a lot of unique wildlife and spectacular scenery. There is a camping site in Snowy River which is great for watersports on the river. On the coast is the interestingly-named Croajingalong National Park. Here, hikers will enjoy the 100km long Wilderness Coast Walk. Closer to Melbourne you will find the Gippsland Lakes, a network of lakes and lagoons on the coast. These are home to many species of birds and the rare Burrunan Dolphin, There are several small towns in the area where you can stay to explore.

Head inland from Melbourne for a bit of gold rush history. Many of the towns here sprung up during the gold boom. Without venturing too far from the capital you will come across Bendigo, Ballarat, Castlemaine Shepparton and other towns and small cities which are rich in gold mining lore. The largest of these is Bendigo, a regional city with opulent Victorian architecture which is a relic of the Rush. Here you can tour the Central Deborah Mine’s inner workings.